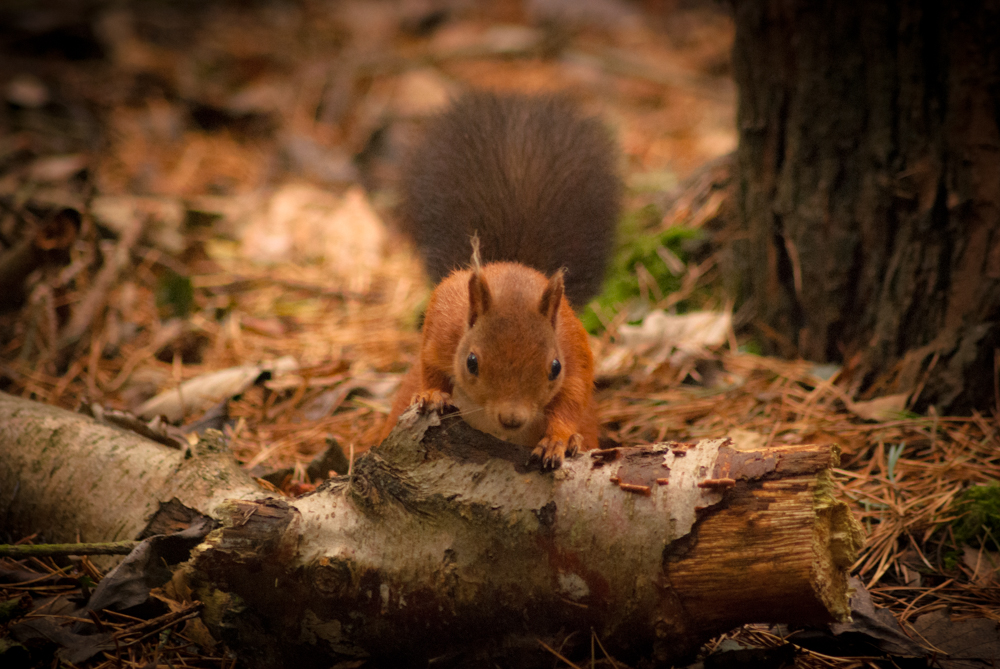 We are encouraging people in Newcastle to visit one of the city’s last Red Squirrel strongholds during this week of national awareness.

Autumn is the best time of year to see red squirrels, either foraging on the woodland floor or scaling the tree tops.

There is no better place to see this elusive creature than Havannah Nature Reserve – the last place in Newcastle where sightings are almost guaranteed.

Red squirrels have disappeared from other areas in the city, once considered strongholds, so it is even more important to protect and celebrate those that remain.

Preserving the Havannah population will be increasingly difficult as new houses and roads around the reserve are set to bring more disturbance from humans, pets and traffic.

Already this year, there have been two red squirrel road deaths from the Havannah population. Traffic accidents are one of the main causes of unnatural deaths in UK red squirrel populations.

Hundreds of new houses are currently being built directly opposite the nature reserve, while another 1,200 houses are likely to be approved later this year.

There are feeding areas at the Three Hills end of the nature reserve, which provide the opportunity to get a closer view of the squirrels.

There is an information board marking the feeding area and parts are fenced off to minimise disturbance.

Next Friday the Elderberries are meeting to make a natural wreath using materials found in the garden. There's only a couple of spaces left on the morning session - get in touch with Leanne to book on! #GreenRecoveryChallengeFund #TogetherForOurPlanet @DefraGovUK @HeritageFundUK

.@SaveNclWildlife supporters - If you're considering donating to #rewilding #Britain, your donation will be doubled for seven days from 30 November. No better time to give! https://donate.thebiggive.org.uk/campaign/a056900001wYSXDAA4

Join us on Friday 3rd December to make a stand for #nature & #climate #DontHemInHavannah https://bit.ly/3nukGSG